Talking the Tropics With Mike: A Review of the 2022 Atlantic hurricane season

REMEMBER WHEN A TROPICAL STORM OR HURRICANE IS APPROACHING: Taping windows is *NOT* helpful & will not keep glass from breaking.

Realize the forecast cone (”cone of uncertainty”) is the average forecast error over a given time - out to 5 days - & *does not* indicate the width of the storm &/or damage that might occur.

Review of the 2022 Hurricane Season 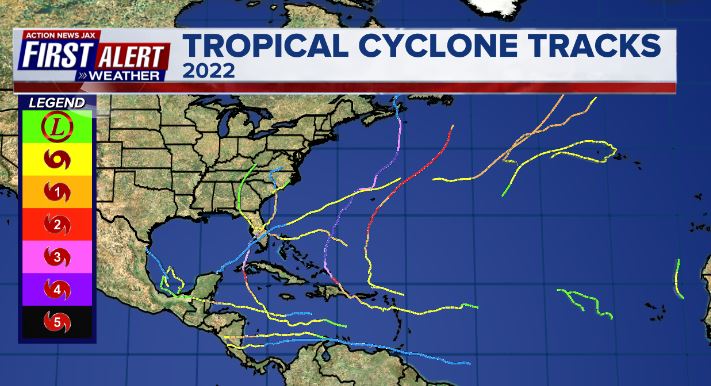 Florida will remember mighty & powerful hurricane Ian in late Sept... & late season Cat. 1 Nicole in early to mid Nov. And South Florida endured flooding from a disturbance that eventually became Alex to the east of Florida the first week of the hurricane season in early June. 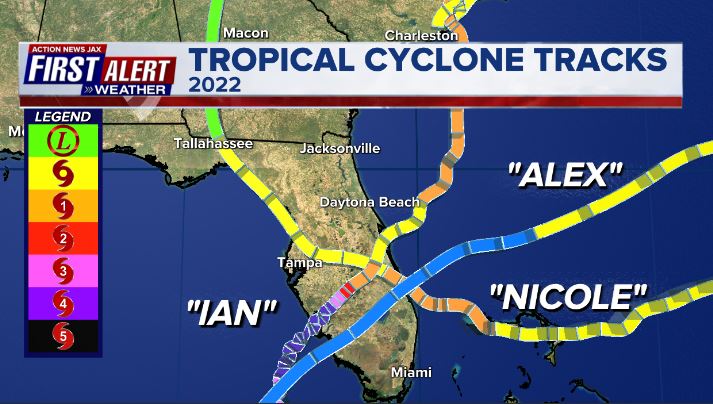 So we add another “major” hurricane landfall to the list of Florida tropical cyclones. Cat. 4 Ian, Ft. Myers: 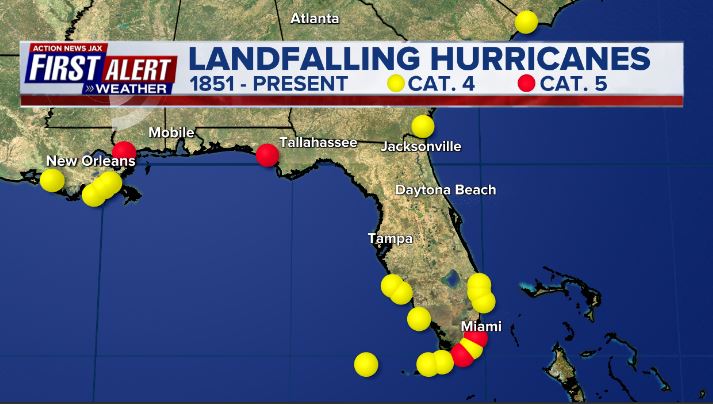 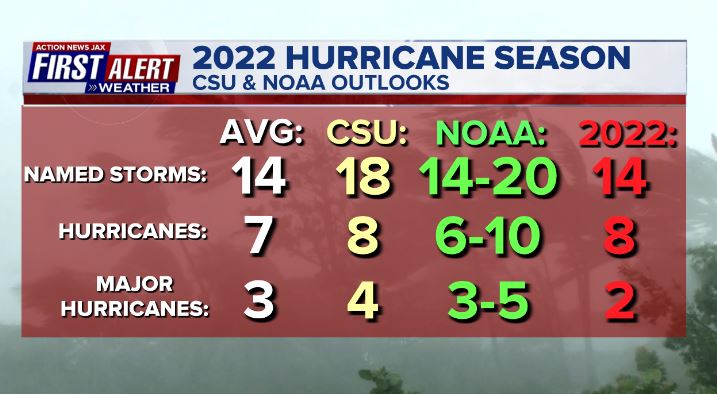 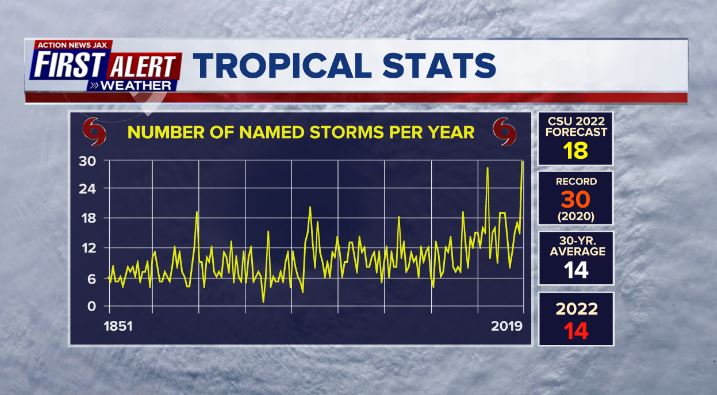 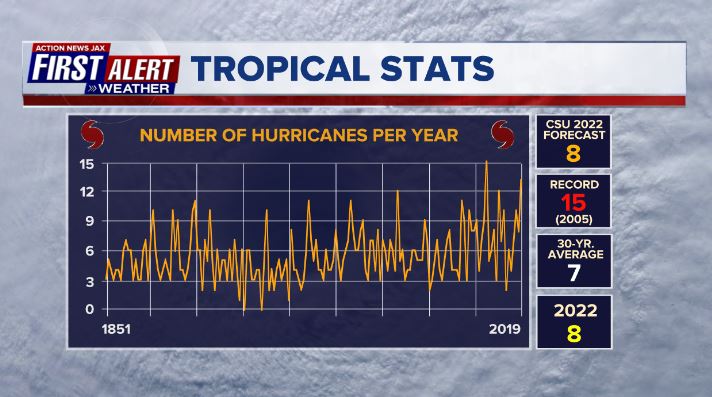 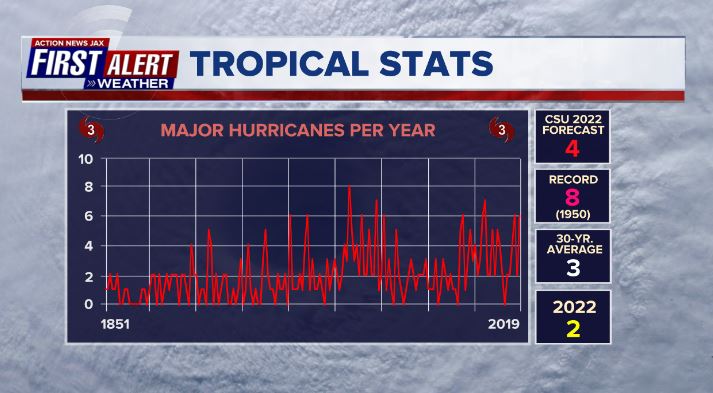 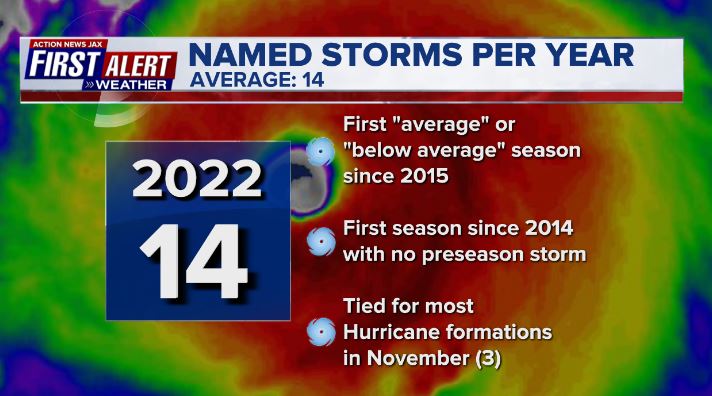 JUNE - After dumping heavy rain on South Florida, a disturbance was upgraded to tropical storm “Alex” once to the east of Florida & was declared dissipated one day later.

AUGUST - No named storms which has occurred - in the satellite era - only one other August - 1997.

SEPTEMBER - 1st: “Danielle” forms over the N. Atlantic & becomes the first hurricane of the season the next day.

14th: Tropical storm “Fiona” forms over the Central Atlantic then hits Puerto Rico as a Cat. 1 hurricane. Fiona went on to become one of two “major” hurricanes for the season while over the Western Atlantic.

28th: Cat. 4 Ian late afternoon landfall near Fort Myers with the most significant impacts for NE Fl./SE Ga. - mainly east of I-95 to the beaches - the next day on Sept. 29th including heavy rain & storm surge. See the “Buresh Blog” & “Infamous Ian - a Blow by Blow”.... Also on the 28th - and tropical depression #11 forms over the East Atlantic 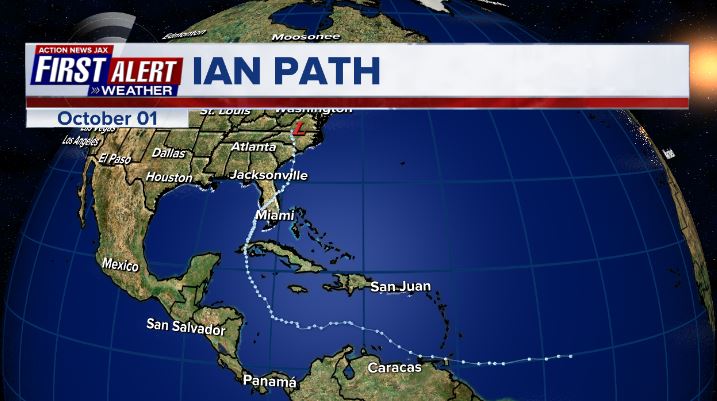 Ian’s eye directly over the Dry Tortugas late in the evening, Sept. 27th: 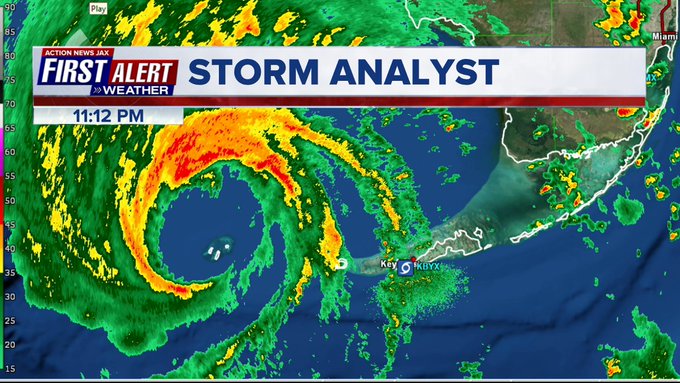 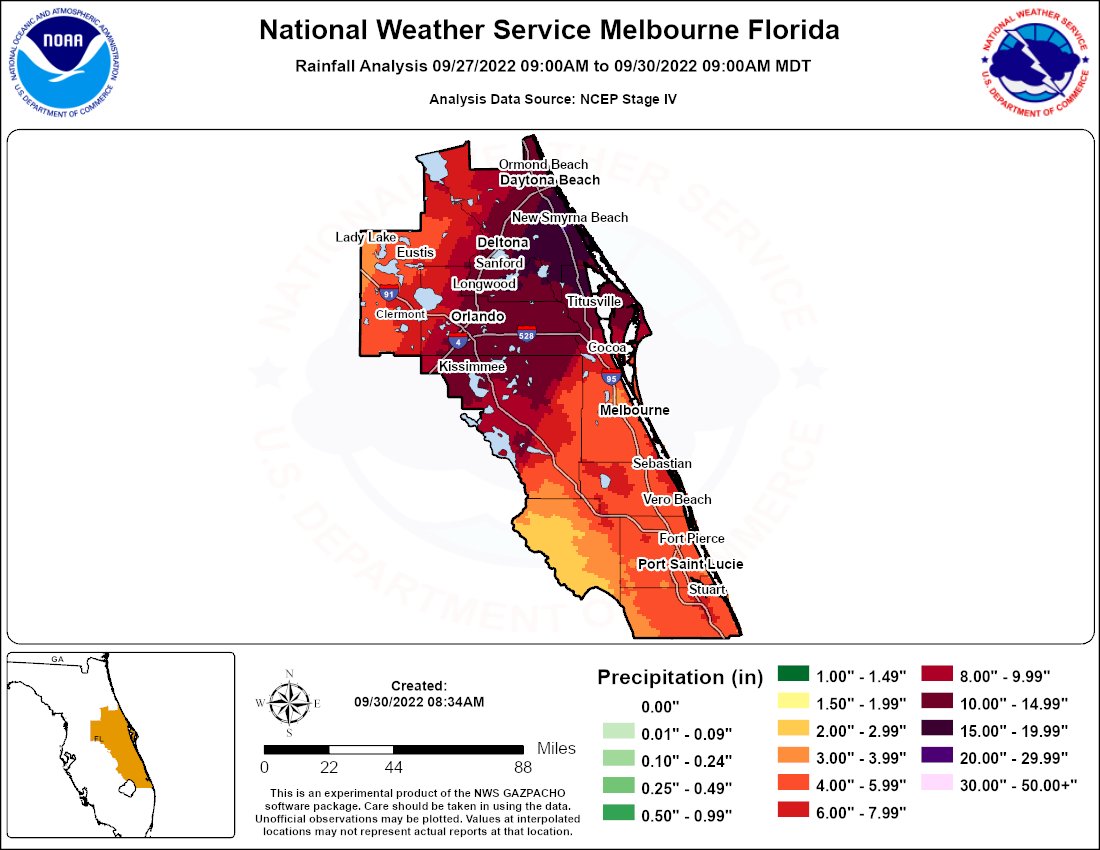 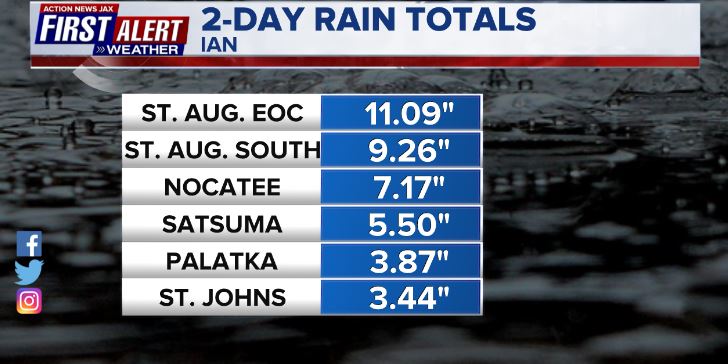 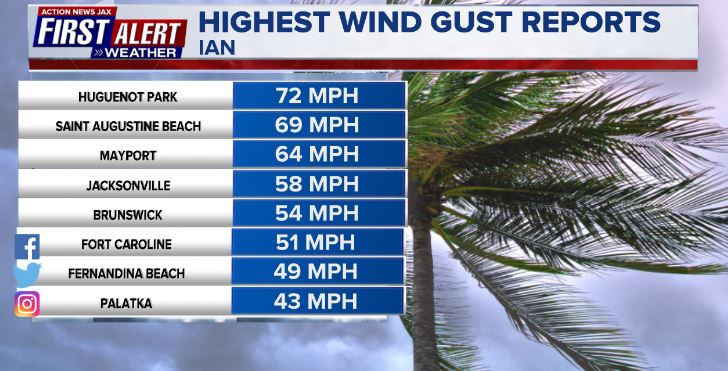 6th: Tropical depression #13 forms over the Southern Caribbean... becomes tropical storm “Julia” on the 7th... & hits the coast of Nicaragua on the 9th as a Cat. 1 hurricane.

11th: Tropical storm “Karl” forms over the Bay of Campeche

2nd: Cat. 1 hurricane Lisa hits Central America at Belize City (only the 3rd time in modern history with 2 hurricanes [Lisa & Martin] over the Atlantic Basin at the same time in Nov.) 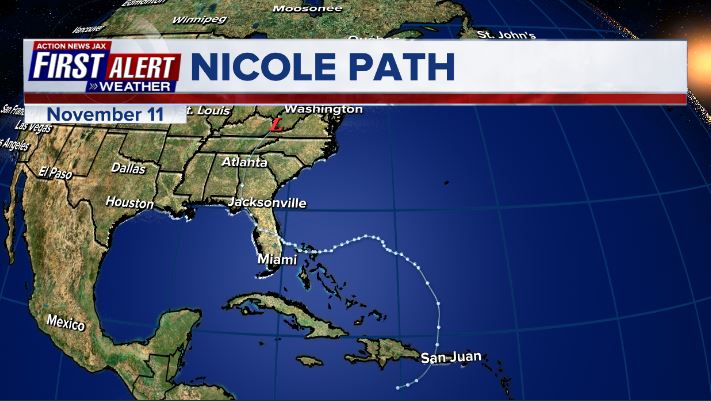 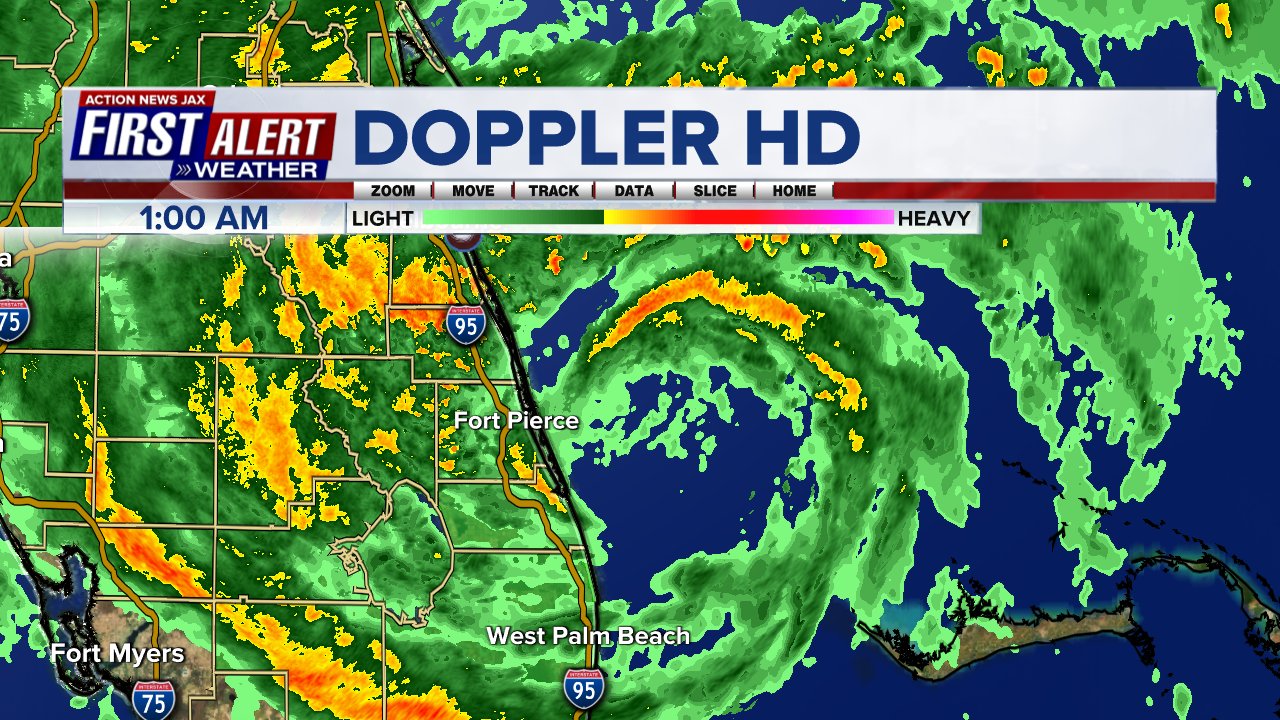 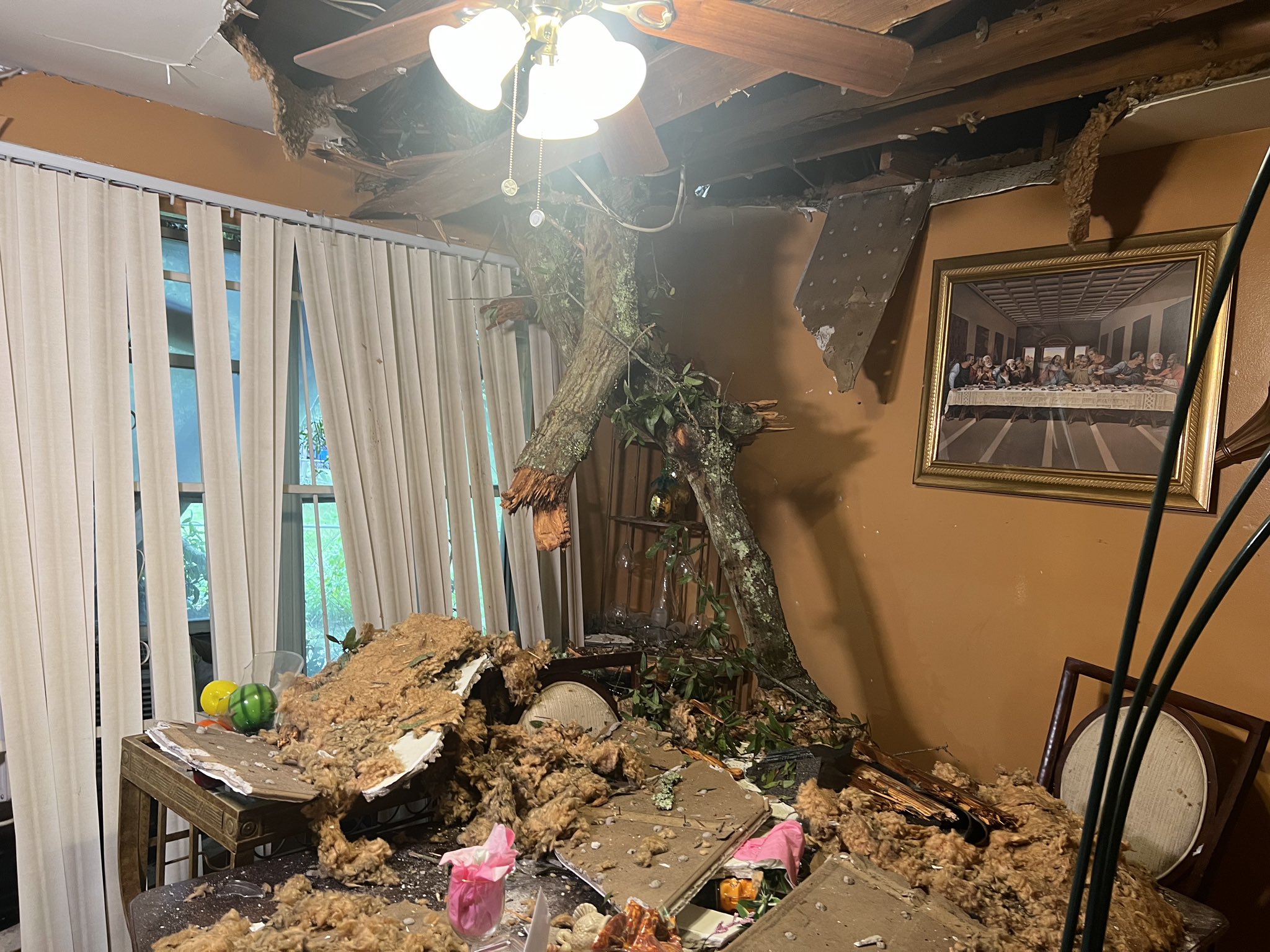 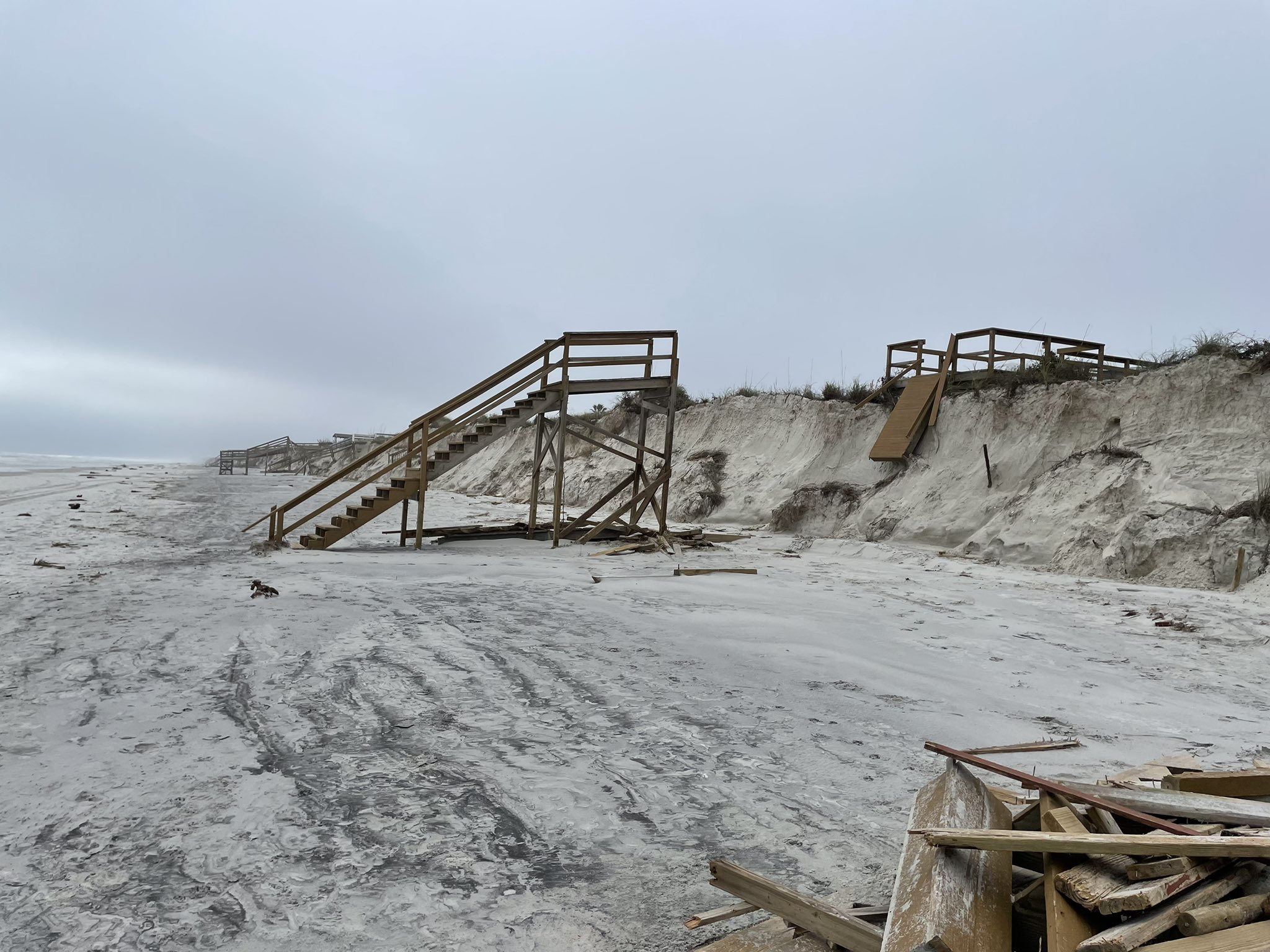 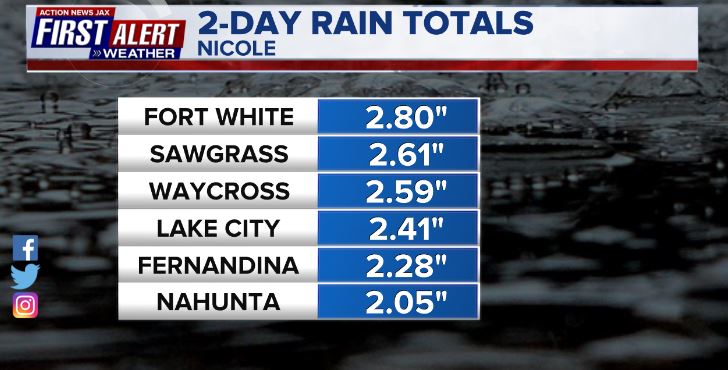 NOAA satellite review of the ‘22 season:

The ACE (Accumulated Cyclone Energy) - is a metric to express the energy released by a tropical cyclone during its lifetime. It is calculated by summing the square of a tropical cyclone’s maximum sustained winds, measured every six hours. *Every* global basin was below avg. through Nov. 29: 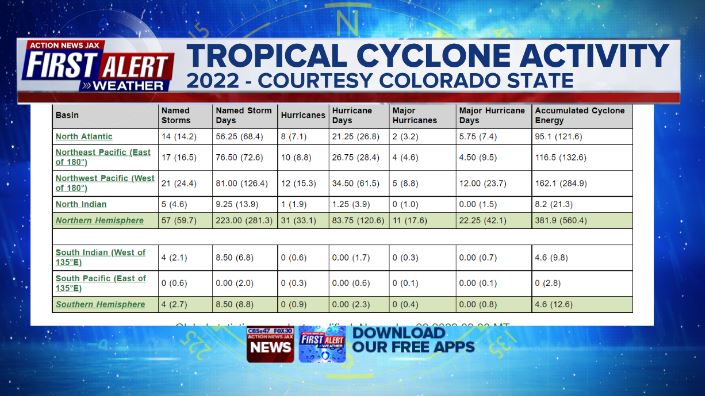